This week the stanley marketing team ventured out of the office to Allianz Park, home of the Saracens Rugby club, to photograph and film several solutions against the backdrop of the stadium.

The stanley mobility products and the Sprinter stair climber range were captured in motion moving up and down a variety of stairs.

We highlighted in particular the benefits of using a powered stair climber over a manual sack barrow by demonstrating how it can carry heavy loads weighing up to 225Kg with ease, such as a washing machine, fridge and even an oven!

The Tolo wheelchair stair climber was used to show how moving people on awkward staircases, such as those found in a rugby stadium, can be made much easier with the help of a mobility stair climber.

The favourable weather conditions enabled us to also film the Nu Drive technology being used on the athletics track which surrounds the rugby pitch. The innovative lever-drive propulsion accessory for manual wheelchairs, provides more mobility for users whilst improving their physical well-being.

The stadium houses a rich history of sporting memorabilia, not just from the world of rugby, but cricket and even boxing. It was a great opportunity for stanley to not only capture new assets but also learn a few facts about the sporting world!

Keep an eye out on the stanley website over the coming weeks for the new photographs and videos. 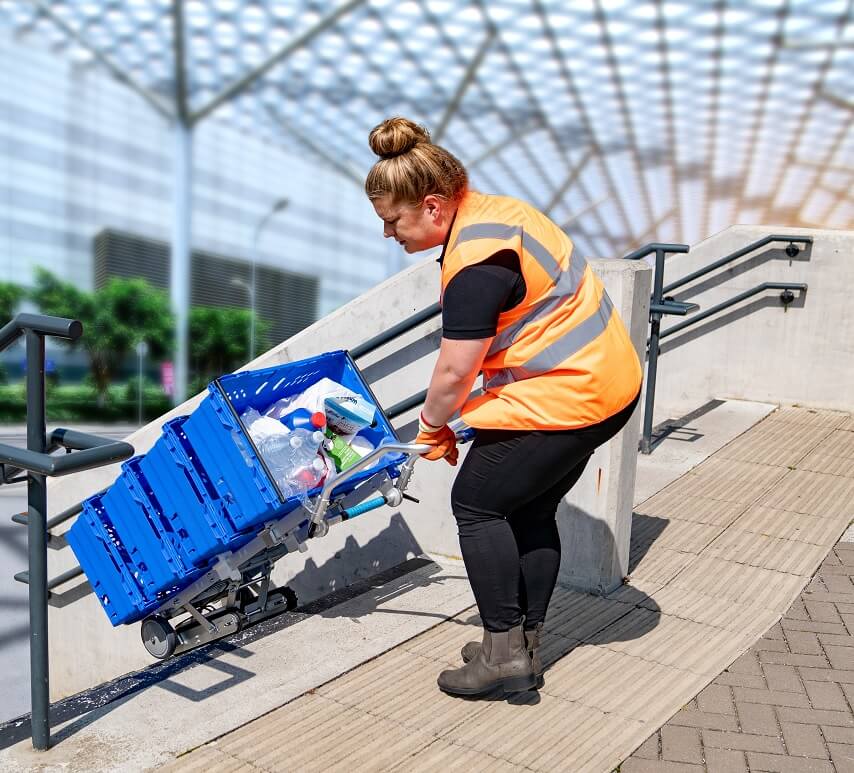